The Dust Fighter 95 - Receive One Free with New Furnace Installation!

The Dust Fighter 95 electrostatic air filter has set the benchmark of quality that all filters strive to meet.

Typical fiberglass throwaway filters can trap only 5% of pollutants. And ordinary electrostatic air filters sold through media and discount outlets trap only 80%. The Dust Fighter 95 is the most effective tool for eliminating 95% of  common household pollutants which can harm you, your family, and your heating and cooling system.

And now, when you have a new furnace installed by the professionals at House Smart Home Improvements, you will automatically receive The Dust Fighter 95 FREE.

The Dust Fighter 95 is valued at $100 and will be included with the installation of the Amana Models including Amana ACVM96 , AMVM96, AMVC95 OR ACVC95.

Re: Energy Upgrades at 2616 Jones Avenue, North Vancouver, BC

It has been close to a year now since I had your Company install windows, doors, insulation, a new furnace and hot water tank in my residence and I wanted to share with you the energy savings results since having done these upgrades to my home. 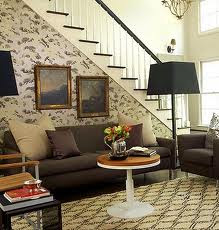 In October, 2011 I had AmeriSpec do an energy audit on my home which was built in 1979. The audit indicated the home was below average rating at a 41. Having done the recommended upgrades it was expected the house would come out at a rating of around 55 or so. When the final audit was done in March, 2012 the house rating came out with a higher than expected rating of 66. Government rebates for the upgrades totaled about $4,700.00.

Just to show you the difference in my heating costs, I am on a monthly budget plan and was paying $144.00 a month. When my anniversary date came up in October this year I had a $289.00 credit on my bill which has translated into having no bill for November and December and also my monthly heating bill has dropped by over half to $76.00 a month beginning November 1st which I think is incredible for a 3000 square foot house. The house is much more comfortable and warmer than it was last year at this time. I find that keeping the furnace between 68 and 70 degrees to be just right anything higher and the place becomes a sauna. Prior to the upgrades the old furnace had to be kept at least 74 degrees and even at that the house felt damp and cool. When I renewed my home insurance in October this year a further $128.00 came off my annual premium due to the new furnace and hot water tank being installed.

I don’t know if any other customers ever communicate this type of information with you but I was thrilled with these results and felt compelled to share them with you. I am so glad I had these upgrades done and have absolutely no reservations about having done them and I certainly have no hesitations in recommending your Company to anyone else I know Brian.